I thought I might drop in and say hello, and do a bit of an update on me and my various non-criminal activities.

First, my writing is going well, but this post isn't about that.

One of the biggest changes since my last post at the end of August was our dog situation. Our aging Poodle/Terrier named Tippy, who was almost 19 years old, grew steadily weaker over the summer. The first weekend in December was a rough one. I had a manuscript due on Monday, but on that Friday, he fell down the stairs four times, then again on Saturday morning. I honestly thought he was going to die on that Saturday. He rallied, although his back legs were obviously damaged. Yet he wasn't in any pain. We did barricade our stairs, though.

(Did I mention that I've been saying for years that I didn't want a puppy, or a large dog, ever again? Bear that in mind as you read...)

We had quite a Christmas Eve. I ended up in the emergency room after having a severe allergic reaction to some wasabi in a sushi tray. I got shots of epinephrine, Benadryl, and steroids. I didn't have to spend the night. But the after-effects were rough. Thankfully, we had LOTS of chocolate.

Honestly, it was really scary. But I didn't fully process just how bad it was until a day or two later. I now have two Epi-pens. One is in my purse for me to take everywhere I go.

Also? No more sushi, ever. Or wasabi. Or horseradish, because the wasabi I had was made from horseradish. Yes, I contacted the company and got ingredient lists from them.

The thing is, I despise wasabi, so I never eat it. But it was next to the actual piece of sushi that I ate, and just that TINY amount of wasabi was enough to make the insides of my mouth, my Eustachian tubes, my ears, and my throat immediately begin to swell.

Oh, and the spot on my thigh where they shot me up with epinephrine hurt for days.

Christmas came and went. It was nice, but subdued because well, I made dinner then promptly had a nap while my family ate because I was utterly exhausted from the wild night before that ended at 2am, the anaphylaxis cocktail, and making a Christmas dinner. Yes, I had help.

The week after was exhausting as the meds dissipated in my system.

Tippy hung in. He slept a lot, but still had a healthy appetite. We kept a keen eye on the old boy.

Now, let me back up to the summer. I'd been conspiring with some family members to give my husband a Labrador retriever puppy as a surprise for his 60th birthday, which is in February. I called an acquaintance who breeds and shows Labs, and had a good talk with him. Sadly, the cost was more than we could afford. So I thought that was that.

I did pray that God would provide a Lab puppy somehow, and left it up to Him.

I did look online, and at various animal shelters, but...nothing.

That conversation was in the summer...

Then on December 9th, I got a text from his daughter, who we know well, asking me to call him. Uhh, okay.

So I waited until my husband was out of listening range and called.

The breeder had a male puppy that he wanted to keep as a show dog, and to use for breeding, and would we be interested in having it.

I said, "Well, that's a great idea, and I'd love to have him. But we still can't afford the dog."

After a wild and happy discussion on the details of the arrangement, we agreed to a "joint custody, but he is considered our dog except the breeder can take him on show weekends and for breeding...excursions" idea, complete with contract.

It's also an answer to a prayer.

I visited the puppy that evening, and he wrapped me right around his big paw.

But bringing a 35 pound puppy into a home that has an aging 15 pound, blind and deaf senior dog basically in hospice-level care would not work. So the bittersweet waiting and spoiling began.

My husband started walking his puppy everyday, and bringing him by for daily visits, which we great therapy after The Wasabi Scare, and the fact that our old dog was dying.

On January 12th, Tippy started a rapid decline, and on the 14th, we held him as our sweet vet put Tippy to sleep.

We'd had him for almost 14 years. It was utterly heartbreaking.

We waited a few days, then on the 19th, we brought the puppy home. 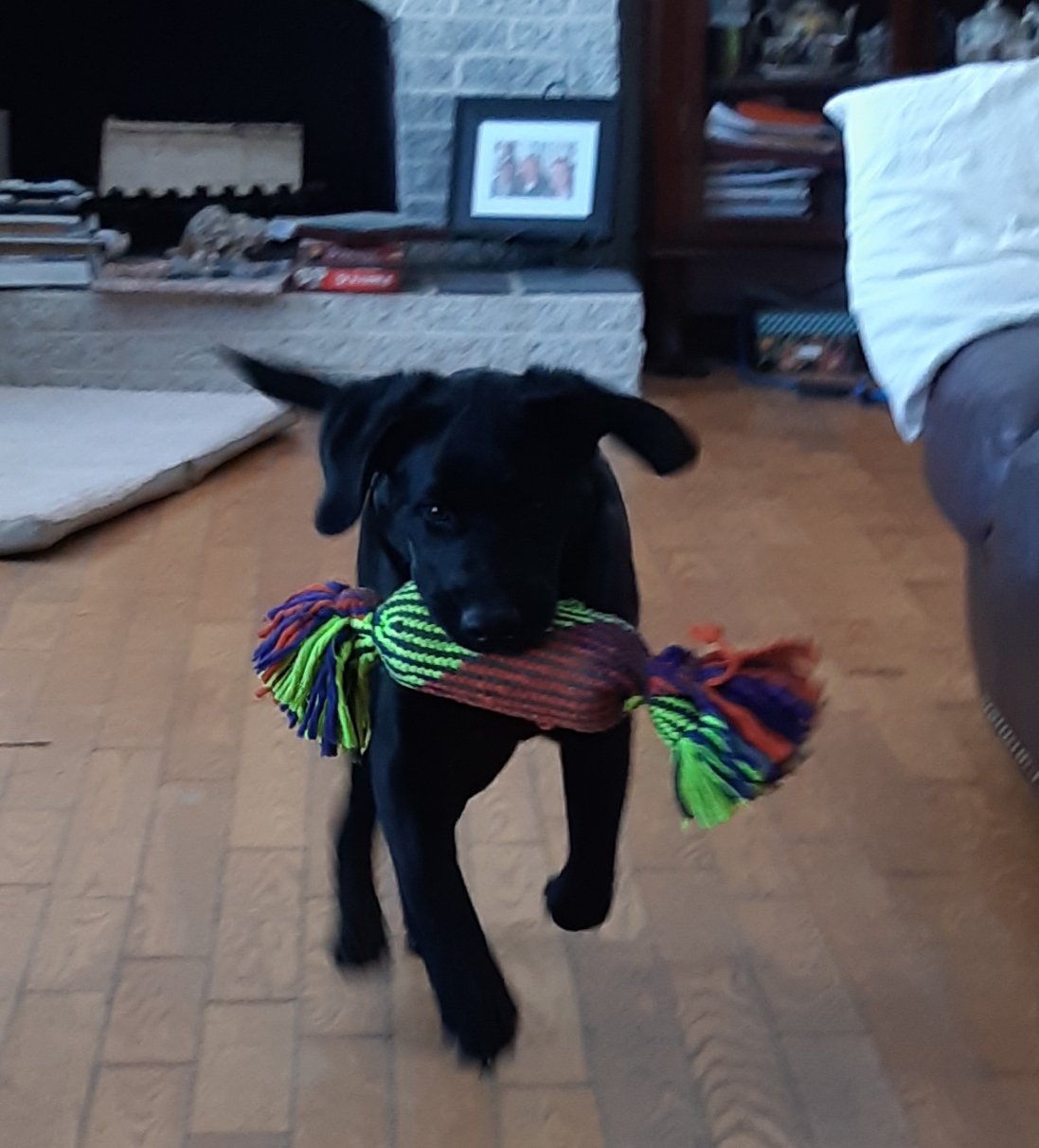 Chocolate paté recipe for those who are still nailing their COVID weight loss goals.

When the truth gets twisted.